So who’s making all this stuff anyway?

Hi, I’m Jen! I’ve been making little creatures and things since I was a little kid. I started out twisting pipe cleaners into little dragons and flying them around the yard. Then I graduated to modeling clay and had entire villages of creatures! Until my brother wanted his turn with the clay, at least.

Then my grandmother taught me how to do basic (very basic) sewing, and I started making little almost-plushies out of leftover scrap cloth. Like this guy! 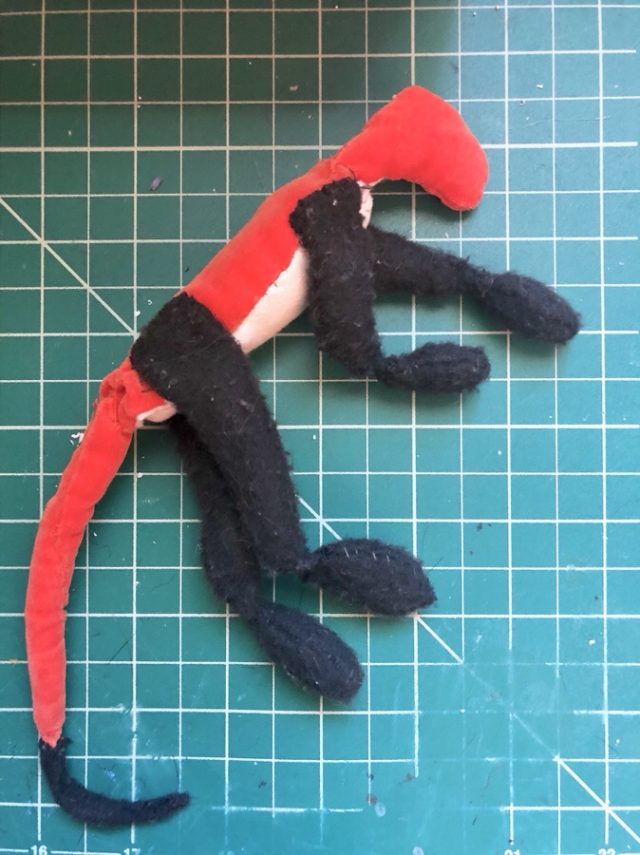 Yeeeah… that was supposed to be a dinosaur (and, no, I don’t know why I decided “no eyes” wasn’t a problem either).

As an adult I’ve continued sculpting and sewing plushies as a hobby for several years. I really wanted to make something that could move and pose, though, and started sculpting ball-jointed dolls, which are strung with elastic cord inside. That’s where I learned how to mold parts and cast them in resin! Except something made entirely out of resin isn’t very soft or cuddly, and what I really wanted was to make articulated creatures that were fuzzy and friendly and felt almost alive.

The first one was this guy! Fondly dubbed “Chubby T-rex.” He still guards a corner of the kitchen, despite having a few broken and repaired limbs.

I also tried my hand at some pop culture stuff. 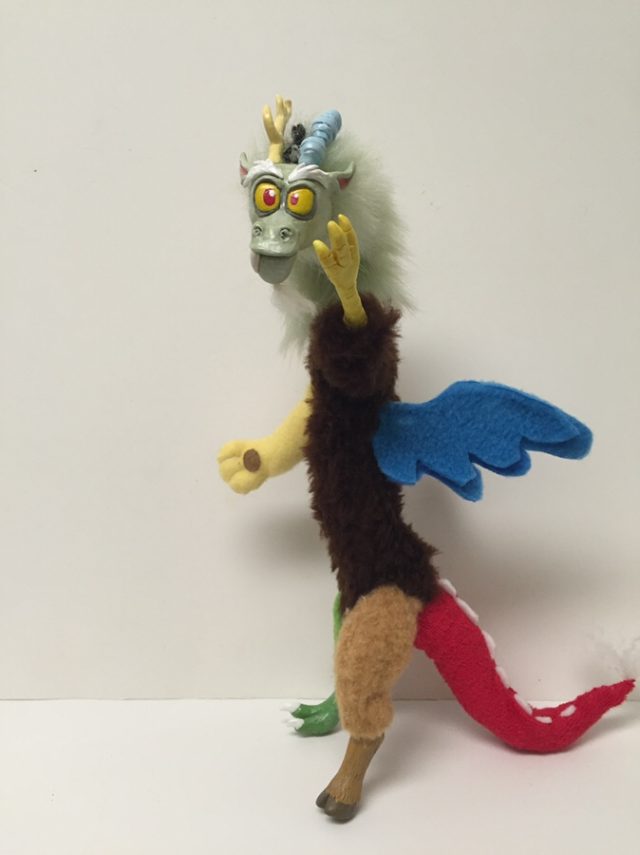 Friends and family began asking me to make different creatures for them, and eventually I began selling my favorites in my Etsy shop. I love trying to create my favorite animals and fantasy creatures in clay, figuring out how to mold them, and then engineer a body that’s both poseable and cuddly.

I love making my creatures, and I hope you find one that will make the perfect unique little companion for you!